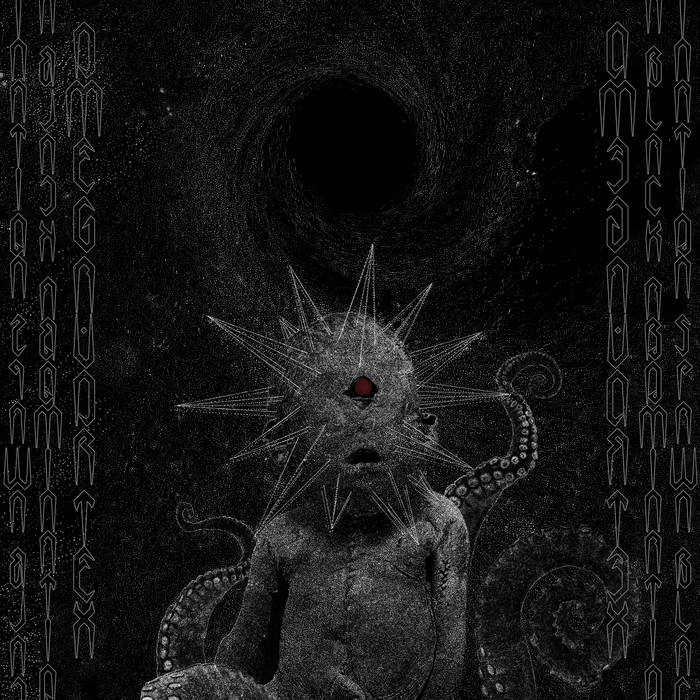 jd ))) Production like Ordo ad Chao, this album sounds evil and raw. Fast and chaotic blackened death metal (like if mayhem covered morbid angel songs) From start to finish it's a great debut and a strong contender for album of the year.

Camel War metal highly reminiscent of Black Curse's Endless Wound, but with less BM and more DM elements. This is one of the most extreme and best albums I've come across and if extreme metal is your thing, this album needs to be on your radar.
more...

An ever-ominous entity hailing from Germany, OMEGAVORTEX formed in 2007 under the moniker Ambevilence and retained that moniker for a decade. Come 2017, OMEGAVORTEX was born, both in name and deed, and Promo 2018 followed. This tape sold more than 400 units despite being on no label - a rarity nowadays - and for good reason: its maw of blackened DEATH functioned more as a literal vortex rather than mere "music" per se. And that ominousness only began to grow...

At long last, OMEGAVORTEX reveal their long-awaited first full-length, appropriately titled Black Abomination Spawn. Relentless, devastating, aggressive, lightning-fast, oppressive, earth-shattering: all these adjectives apply here, with perhaps the most apt phrase being "eviscerating the firmament." Verily, OMEGAVORTEX are rooted in the ancient alchemy of vintage black/death, drawing equally from the likes of Necrovore, Altars of Madness-era Morbid Angel, Florida's Incubus, Possessed, Repulsion, Sadistik Exekution, Profanatica, and classic Sarcofago, but sounding like none of them; indeed, their abominations of desolation are entirely their own. As such, their songwriting takes on a tendrilous aspect, enrapturing the listener in unshakeable, irrevocable oblivion - but clearly with a destination in sight. The blackest cosmic abyss...guided by eerily hummable, malevolent melody.

Much like their aforementioned ancient forebears, OMEGAVORTEX nonetheless utilize nuance to an expert degree, structuring Black Abomination Spawn by specific album sides. The first half of the album (track 1-5) brings a belligerence beyond compare, like a brutal MMA fight and live gig simultaneously - gibbering, irascible CHAOTIC FRENZY as portended by their moniker - with almost zero pause between songs and no time for salvation nor rest. However, on the flipside of that moniker is what lies on the second side of the album: a vast, yawning chasm of atmosphere and alienation, no less muscular in its molten, metallic might but displaying dynamics beneath that dense, dissonant exterior. That aforementioned melodic aspect is crucial when faced with so much steroid-ridden brutality, and OMEGAVORTEX duly bring it across the album's nine-song/46-minute runtime, rendering Black Abomination Spawn both compact and sprawling in equal measure.

Of especial note is the album's production. In coordination with mastering by Patrick Engel at Temple of Disharmony, the band mixed Black Abomination Spawn as a rough mix, to "fuck up" the recording professionally, in a good way - as OMEGAVORTEX wanted to achieve a very offensive and earbleeding-sounding record, required to be listened to at maximum volume. This would underscore the heaviness of the material, and hopefully generate a headache for the listener. If you are a false, do not entry!

And although this malign work is now seeing the light of day in 2020, OMEGAVORTEX have been writing material for Black Abomination Spawn for 13 years now, sonically/psychically ahead of the times. Now they've emerged from that cosmic abyss to scale the throne of the immortals, graced by cover artwork courtesy of Henry Mann - an utmost evil abomination suiting the material. Dive into the abyss and be devoured whole!

Invictus Productions is an underground metal label, distributor and concert promoter that was established in 1999.

Bandcamp Daily  your guide to the world of Bandcamp